The Bloc: One of TDG’s Favorite Non-Profits

On Posted on March 16, 2021
In Local Features
Posted By Two Door Group At Compass
Share:

Used between list items, there is a space after the comma.Local Features

Believe in the power of a punch

While teaching at DRW College Prep in North Lawndale, Jamyle Cannon identified a need for a program that extended beyond not only his classroom but the other sports programs at the school.

“[He] recognized that the students who needed the most support were often excluded from, or uninterested in, enriching opportunities. This became clear when, as head basketball coach of his high school, Cannon was forced to cut 58 students from [the] team. Being rejected from a sports team for academic ineligibility, lack of skills, or behavioral concerns, shut these young people out from the transformative power of sports.”

Over the course of the next four years, four of these students were killed, and despite their attempts to join different teams, none of them were active in sports. 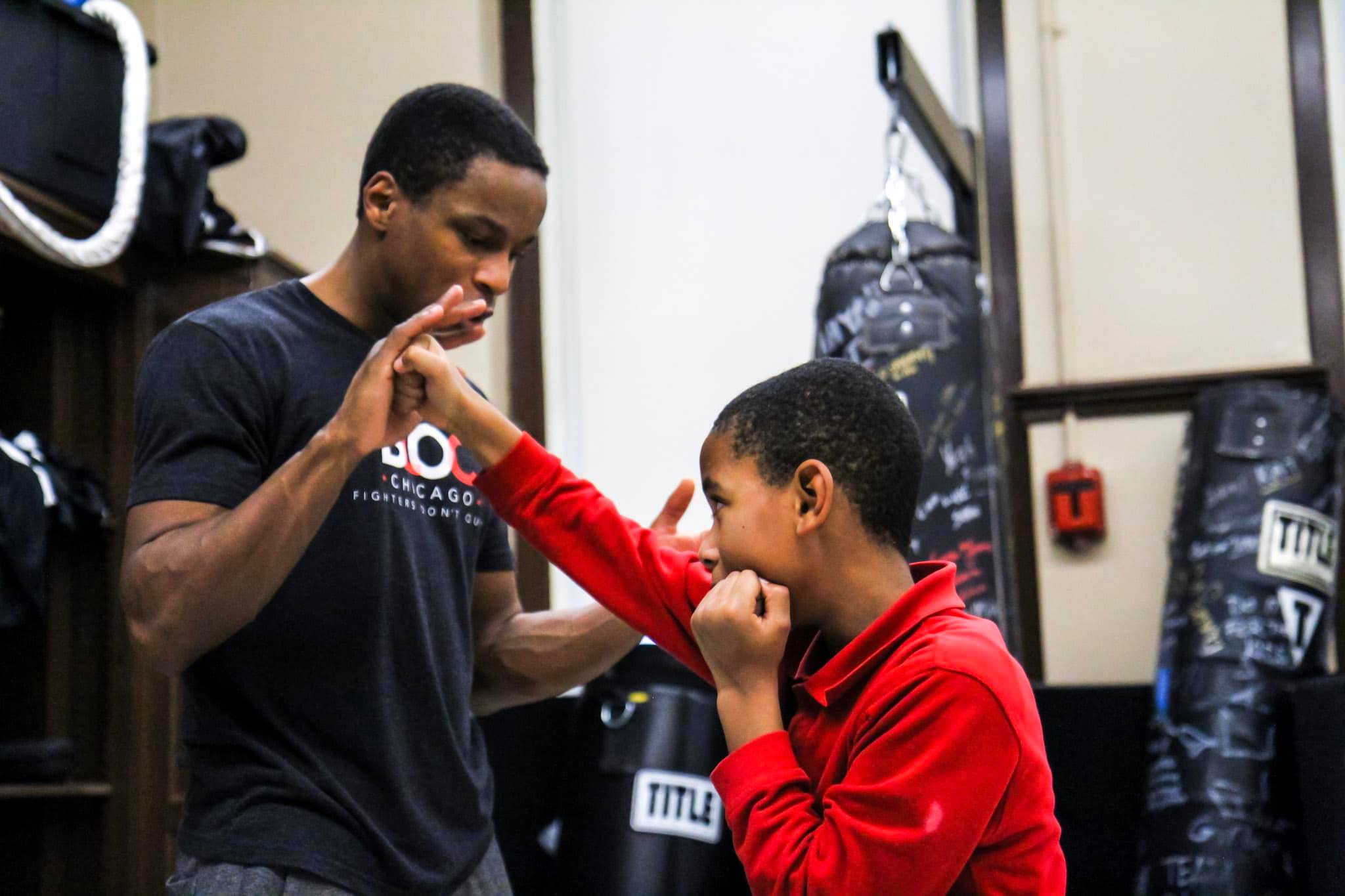 As a former teacher at DRW College Prep, I witnessed first-hand how extensively the Bloc supported the students I taught and altered the trajectory of their futures. Students who felt chronically angry now had an expressive outlet to release their anger. Students who felt frustrated with their academics now had consistent tutoring support. Students who struggled to excel at other sports now had a program that welcomed them regardless of their ability level. Cannon and The Bloc held students to the highest expectations, including attending sessions consistently, putting forth effort, maintaining a high GPA, and graduating high school. Students who participate in The Bloc often don’t have access to the resources and opportunities they deserve, and given the challenges they often confront, meeting these expectations requires immense diligence, discipline, and grit.

As The Bloc continues to expand its programming, so will its capacity to alter futures of more of Chicago’s youth. Please consider becoming involved with this organization through volunteer opportunities or offering donations. To find out more about The Bloc, its programs, and how to get involved, visit https://www.theblocchicago.org/

*Direct quotes and photos sourced from https://www.theblocchicago.org and Letter of Interest written by Jamyle Cannon