On Posted on March 16, 2021
In Taxes
Posted By Two Door Group At Compass
Share: 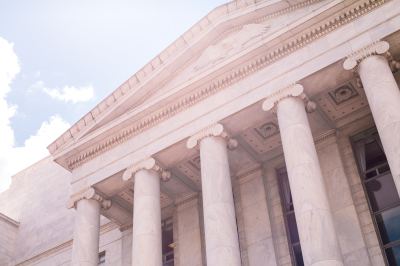 Used between list items, there is a space after the comma.Taxes

This tax day, April 15, marks the first deadline under the new 2017 Tax Cuts and Jobs Act.  Here’s a look at some of the key takeaways for homeowners under the latest overhaul to the federal tax code, as reported in Chicago Agent magazine.

If you would like a referral to discuss your tax deductions – either from your purchase, sale or for your mortgage interest – get in touch, and we’d by happy to introduce you to a top-notch CPA.

With so many additions and revisions to the federal tax code this year, it’s almost easier to start with the things that haven’t changed for most homeowners. One of the most significant real estate-related benefits carried over from previous years is a break for home sellers.

Taxpayers who sold their primary residence in 2018 may deduct up to $250,000 of profit generated by the sale, or up to $500,000 for married couples filing jointly. IRS Publication 523 provides the details on how to claim this exemption, including how to calculate and document the gain or loss.

What has changed: the SALT deduction

The impact of the new federal tax law on nearly all sectors of the U.S. economy was huge. The housing market was no exception. Among the most contentious of all changes was the newly instituted $10,000 cap on the state and local tax (SALT) deduction, which for years prior was unlimited. This effectively increased the cost of homeownership for residents of states and cities with a higher-than-average tax burden. According to research by the Tax Foundation, the biggest losers from this change, on a state-by-state basis, include New York, New Jersey, Connecticut, California, Maryland and Oregon. A study from WalletHub found high tax burdens (as a percentage of average income) in New York, Hawaii and Maine.

Another loss to the housing market came in the form of changes to the mortgage interest deduction rule, although opinions differ on the magnitude of the effect.

About 32 million tax returns filed for 2017 took advantage of the previous version of the mortgage interest deduction, according to the Joint Committee on Taxation. This more generous version allowed filers who itemized deductions to write off up to $1 million in interest payments made on mortgage debt for a first and second home. Starting in 2018, that limit was lowered to $750,000, but only for mortgages originated on or after December 15, 2017 (existing mortgage debt was essentially grandfathered in).

Homeowners who refinance a mortgage originated before the December 15, 2017 deadline may still deduct up to $1 million in interest payments, too. But according to analysis of the new law by the National Association of Realtors, this doesn’t apply if the value of the new loan exceeds that of the refinanced loan. Taxpayers should refer to IRS Publication 936 for more information on the mortgage interest deduction.

In any case, tax experts expect that this year, fewer than half as many returns will utilize the mortgage interest deduction compared to last year. That’s because the new tax law also doubles the standard deduction, available to filers who choose not to itemize.

As reported in Chicago Agent magazine, April 2, 2019. See the article in full here.